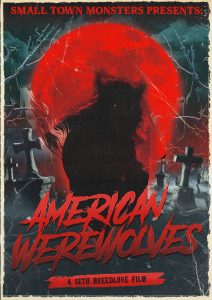 There are two distinctive stylistic choices that I immediately noticed while watching American Werewolves. The first is its retro style. From the fonts and music of the opening credits, I was instantly transported back to the late ’80s and early ’90s. Memories of Friday night paranormal shows like Sightings and Encounters came rushing back to me, and I also picked up on a nice, yet subtle, Twin Peaks vibe. The second thing that hit me was the lack of any narration. No introductions here. Just right into eyewitness testimony. And I freaking love this combo.

I’ve made no secret in the past about my love of first-hand witness accounts. Sure, I love the famous paranormal tales as much as the next person. The Patterson-Gimlin film, the Roswell Incident, etc. But I’ve always loved hearing stories from the average person. Those odd, yet untold stories, if you will. The cop who sees Bigfoot. The construction worker spotting a UFO on a late-night drive home. Those are the stories that intrigue me the most. And American Werewolves, the newest entry from Seth Breedlove and the Small Town Monsters team, is all about witness testimony.

Truth be told, I’ve never had much of an interest in the Dogman tales. I’ve been aware of them, sure. Hard not to be when there’s so much crossover with Bigfoot and other cryptids. But to me, they just felt a bit too mythological, unrealistic. Even in a paranormal context. A strange mix of the biological and the supernatural. Which I suppose is ironic, coming from me. I’m sort of all about Bigfoot these days, but got my start as a paranormal investigator, ghost hunting all over the New York City area. I guess for me, the mix of the two things seems almost mutually exclusive. Like, how can it be both? Yet presented here are a slew of eyewitness, all of whom come across as quite sincere. So, while the skeptical part of my brain wants to discount these stories, listening to these witnesses makes me question even myself.

More Than Just the Monster

Breedlove’s unique talent, from his very first film, has always been getting to the heart of these stories. Putting just as much focus on the experiencers as the monster the film is examining. And American Werewolves is all heart. It tells sensational stories without a hint of sensationalism. The witnesses, as I stated earlier, all come across as grounded, honest folks who just happened to witness something extraordinary, something they could not explain. One witness actually weeps while recounting his story, as what he stumbled across was so disturbing to him. Do I believe that all of these people encountered a half-man, half-dog creature with supernatural powers? Not necessarily.  But I am 100% convinced they saw something they could not easily fit into the known worldview.

One of the great strengths of the Small Town Monster films are how distinct they all are from one another. Momo has it’s 1970s psuedo-documentary/drive-in movie vibe. The Mark of the Bell Witch was chock full of creepy recreations that easily transport the viewer back in time. And American Werewolves stands out for its stark simplicity. There are a few recreations here, but they are kept to a minimum, enhancing the eyewitness testimony without overshadowing it. The tone is pure Small Town Monsters, yet the presentation is fresh and unique. You will always know you’re watching a STM flick, yet you will remember each one for its own signature style. This is a film that has made me think, made me ponder my own beliefs, and will stick with me for a long time. Not an easy feat for any filmmaker when it comes to a skeptical curmudgeon like me.

But Breedlove always manages to find credible witnesses with compelling testimony. And he always gets them to answer the right questions. And for people like me, at least, this is what makes a great documentary on the paranormal. Real, believable people telling the story of their personal experiences is always what’s most fascinating to me. I don’t need blurry photos or shaky video to be prompted to question my own view on things. And if you feel the same, you will love this latest offering.

American Werewolves is an engaging, thought-provoking, and earnest examination of a legend that defies our understanding of the world – and what might be sharing it with us. Part earthly cryptid, part supernatural entity, the Dogman is a fringe phenomenon that deserves a closer look. The film won’t necessarily make a believer out of you. But that’s never the point of Small Town Monsters films. It will, however, make you question what these folks have seen and experienced, and that alone is worth the price of admission. If you need a creepy Friday night flick to watch, you couldn’t do much better. American Werewolves is streaming now on iTunes, Vudu, Apple TV, FandangoNow, and other VOD sites, and you can also order it on BluRay and DVD from the Small Town Monsters shop! 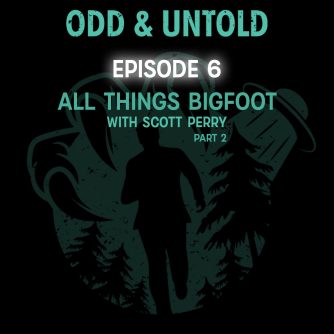 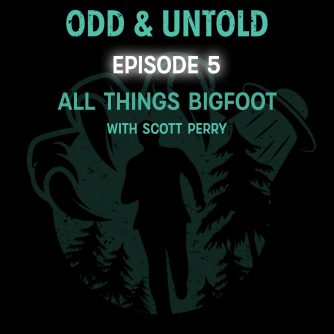 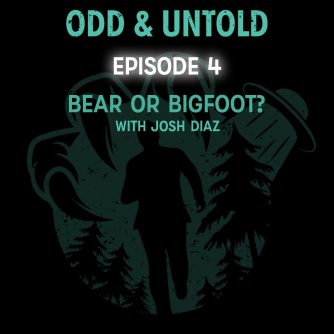