Home » The Shadows Amongst Us – Review
Movie ReviewParanormalSliderUrban Legend

The Shadows Amongst Us
Directed by Dustin J. Morgan 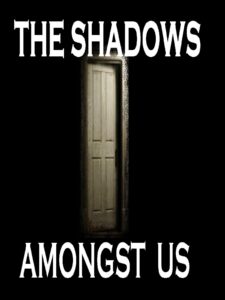 Ummm…not even sure to begin with this one. So I guess I’ll start at the beginning. My son and I found this movie a few months back on Amazon Prime (for free at the time) and got about 12 minutes in before turning it off. The title sounded promising and menacing: The Shadows Amongst Us. The trailer looked to show the creepy first-hand accounts of three brothers being haunted by shadow people. What we discovered was a 2019 documentary featuring an old video from 2016 that has been played many times on paranormal TV shows (most notably, Paranormal Caught on Camera) and three guys talking. And talking. And talking. So we made it through 12 minutes of the 91 total minutes this movie runs. But I decided to try it again this week (now having to pay $2.99 to rent it) due to one of the brothers having become recently famous for another reason. But I’ll get to that in a bit.

So let me back up and start with some positives. The film’s director and one of the three brothers, Dustin Morgan, seems quite sincere in his desire to tell his family’s story. Overall, he comes across as a pretty likeable guy. His two brothers, Ben and Jesse, also seem sincere, mainly because they don’t seem like they’d make very good actors. And no insult is meant here. They just really seem to truly believe what they claim to be experiencing, and they don’t seem like the types to be convincing actors. More positives…hmmm. Well, the movie is in color, so it’s got that going for it.

Now for the not-so-good stuff. I generally tend to like TV shows and documentaries where it’s more about personal experiences, rather than “professional” ghost hunters talking to a spirit box or whatever. But most of the stories recounted here by the brothers are meandering and largely boring. Lights being on when they thought they turned them off, kids who need a nightlight to sleep, etc. Nothing truly fascinating or interesting here, not enough for a 90-minute documentary, at least. There’s a few accounts of possible shadow people sightings included here, but they sound more like sleep paralysis, and the same recreation is used for each time a different brother recounts his experience. It just feels lazy. 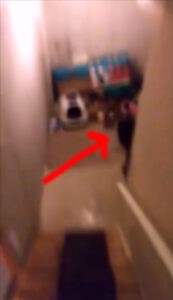 There is the aforementioned video of a shadow person – the video that has been played on a variety of paranormal TV shows – and while it’s interesting, it’s questionable at best. The video clip has Jesse Morgan talking to the camera, discussing how he is hearing noises in his basement. Taking his camera phone (which judging by the quality, was from a 2002 Blackberry), he starts to head down to the basement, Suddenly, a black form (or shadow person) can be seen peeking around the corner at the bottom of the stairs. While the video is somewhat effective, it’s only due to the fact that the entire thing is in such poor resolution that it’s hard to tell what is actually being seen. It’s either a bad costume or really bad CGI. Jesse claims to be so scared that he falls down the stairs, but then gets up and searches the basement for the figure, but finds absolutely nothing. Mildly interesting, but far from impressive.

The rest of the movie, with the exception of the scenes with Dustin Morgan, all appear to have been shot on the same old 2002 Blackberry cell phone. Terrible framerates, blurry visuals, and poor audio quality mar the interviews with Jesse and Ben. Watching this feels more like being on a Zoom call with dial-up internet, rather than a documentary produced in 2019. Most annoying of all, perhaps, is the fact that for the entirety of Ben’s interviews, there sounds to be not one but two smoke detectors chirping due to dying batteries. So every 5 or 6 seconds, there’s a chirp. Throughout the entire movie. Anytime Ben is talking, it’s “chirp….chirp…chirp.” I’m not sure why it didn’t occur to anyone to change the batteries, or just pull the batteries out while filming, at the very least. It’s just one more amateurish distraction from an already amateurish and dull movie. Even during a sequence where Dustin and Ben are conducting an EVP session, there’s the incessant chirping in the background. It also sounds like they edited in some laughably too-good-to-be-true demonic voices responding to them, which the brother’s never actually address. Amazing.

So why did I decide I needed to go back and finish watching this film? Because apparently, Jesse Morgan was in the news recently, and not because of his alleged paranormal experiences. You see, Morgan is a truck driver by day, when he’s not being menaced by shadow people. And just a few weeks ago, he was allegedly driving a truck which he claims, unbeknownst to him, was full of Presidential election ballots. Morgan says he delivered the truckload of ballots from New York to Pennsylvania ahead of the election, and of course, this is why Joe Biden won. And wouldn’t you know it, Donald Trump tweeted about Morgan’s whistleblowing press conference:

Of course, after Morgan made these claims, his shadow person videos disappeared off YouTube. It’s also come out that he’s been arrested in the past for fraud, burglary, and drug use, so whether it’s election fraud or demonic shadow entities, his believability is a bit dubious at best. The Shadows Amongst Us is still available on Amazon Prime, but you’re better off just catching their episode of Paranormal Caught on Camera to watch the shadow person video. The rest of the movie really isn’t worth it. 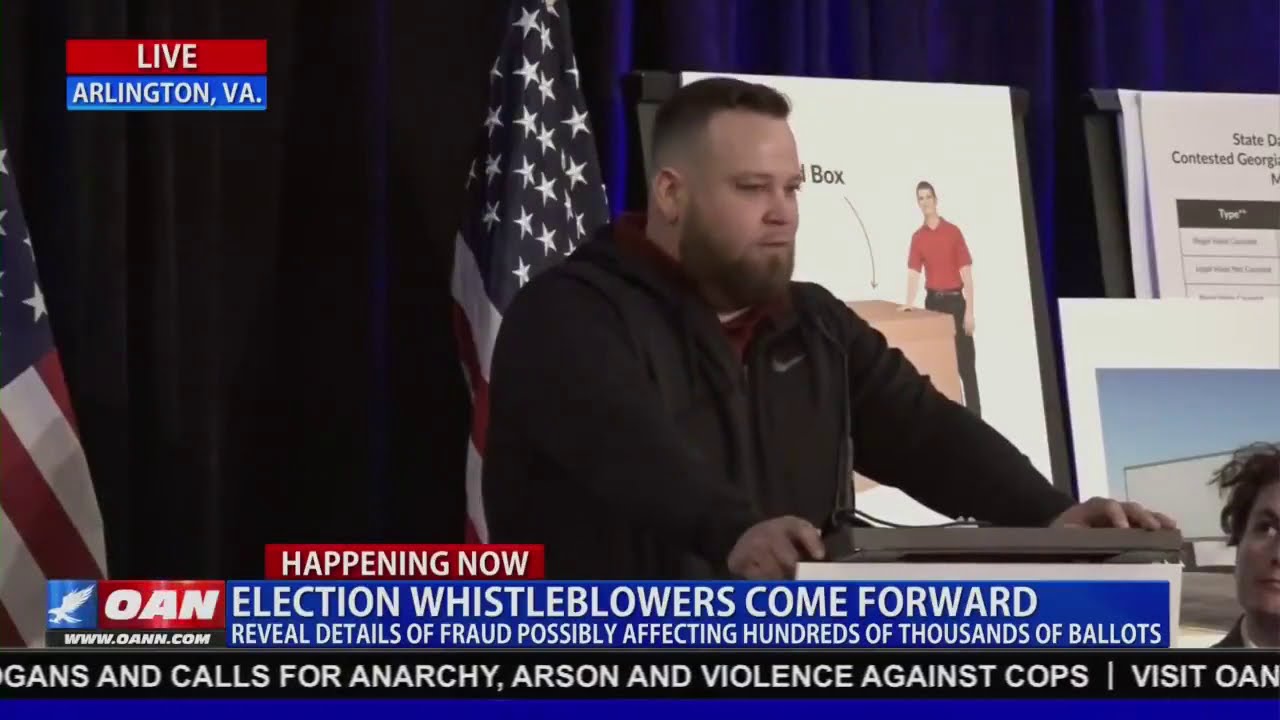 The Shadows Amongst Us – Review
Episode 26