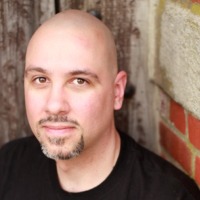 Jason Stroming | E-Mail | Facebook
Jason is the creator and the main author of Odd & Untold (formerly The Occult Section). He has been researching and investigating the paranormal for 15 years now, his interest in the paranormal beginning at an early age, when he would watch such shows as In Search Of… and read books like “The Encyclopedia of Monsters.” Jason served as a producer for the documentary Haunted Snug Harbor, in which he also appeared. He has been interviewed by NBC News, The New York Times, The NY Daily News, The New York Post, Gothamist, BuzzFeed, Mental Floss, DNAInfo, the Staten Island Advance, the Worcester Telegram & Gazette, TAPS Paramagazine, NY1 News, and various other local papers and radio shows. Jason has appeared on several episodes of Dark Matters: Twisted But True on the Science Channel, as well as Love/Lust & The Paranormal on the Sundance Channel, and The UnXplained on the History Channel. In June of 2010 he founded The New York Paranormal Society, which in addition to ghost hunting, investigates claims of UFOs, Bigfoot, and other mysteries. He has dedicated most of his free time to researching and investigating all facets of the unexplained and paranormal, including cryptozoology, ufology and forteana in addition to the supernatural. A Brooklyn native, he now lives on Staten Island, NY, and has his BA in Psychology from the College of Staten Island, CUNY. 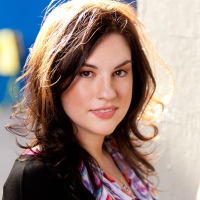 Laura Pennace | E-Mail
Laura was born and raised in Central Massachusetts. She attended NYU where she graduated in 2005 with a dual degree in History and Journalism. Belonging to the same paranormal investigations team as Jason Stroming, she helped create the group’s blog, which is continued here at Odd & Untold. She’s been fascinated with the paranormal for nearly her whole life, stemming from an experience she had as a child. As a history major, Laura specialized in American history, and loves researching, learning and writing about new locations. Laura has been featured on CNN, AM New York, NBC News, and other media outlets. She is also a professional photographer, and you can see her work at www.pennacephotography.com. 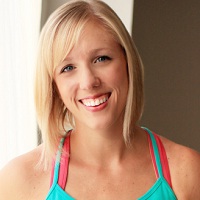 Michelle Mason | E-Mail
Michelle grew up in Cincinnati, Ohio, where she developed a fascination with all things paranormal as a child, thanks in part to R.L. Stine and repeat viewings of Poltergeist and Ghostbusters.  She graduated from Miami University of Ohio in 2004 with a degree in Journalism and moved to New York City shortly thereafter to pursue a career in advertising.  Michelle is also a freelance writer who is near completion of her Master’s degree in Media Studies from The New School University; she has recently joined The Occult Section in the hopes of exploring her interest in the paranormal more seriously.  She is 31 years old and lives in Brooklyn with her husband and dog, Gertrude.  In her free time, Michelle loves traveling and visiting places that are reported to be haunted. Michelle also has her own fitness studio, and you can visit her website at michellegmason.com

This site uses Akismet to reduce spam. Learn how your comment data is processed.