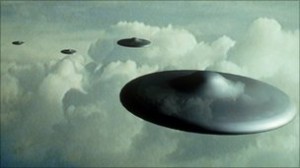 Lots of UFO news this year, and this week has been no different. I guess a pandemic is the best time for government leaks about extraterrestrial intelligence and alien spacecraft. Anyway, the biggest story (but not the only story) this week has been confirmation that aliens exist and that there is an alleged “galactic federation” of aliens, which Earth governments apparently know about, but refuse to admit to us. At least that’s what a former Israeli space security chief is now claiming.

Haim Eshed is the former head of Israel’s Defense Ministry’s space directorate. He told an Israeli newspaper last week that “The Unidentified Flying Objects have asked not to publish that they are here,” apparently because “humanity is not ready yet.” He added that the aliens were very curious about humanity, and that they were also trying to understand the “fabric of the universe.” But that’s not all.

Eshed also claimed that the extraterrestrials have built underground bases on Mars, and that there is a cooperation agreement between Earthlings and a variety of other alien species. He said “There is an agreement between the U.S. government and the aliens. They signed a contract with us to do experiments here.” Interestingly, this is something that many UFO researchers, as well as self-proclaimed abductees, have claimed in the past – that aliens have signed a pact or treaty with the United States (or other) government, in return for them turning a blind eye to the aliens abducting and experimenting on human citizens.

He also says that this “galactic federation” is waiting for humanity to develop and reach a certain stage of understanding, before they contact us and make themselves known. Most interestingly, and perhaps least surprisingly, Eshed claims that President Trump is fully aware of this “federation” and the existence of extraterrestrials, but he was asked not to divulge the information in order to prevent mass hysteria. The President has indeed hinted at this in the past: back in June, he claimed to have “interesting details” about the Roswell incident, in which it’s claimed a flying saucer crashed on a farm outside of Roswell, New Mexico, back in 1947. Back in April of 2020, he said that the “Tic Tac” UFO videos recently declassified by the Pentagon were impressive, saying that if real, it’s “a hell of a video.” Both of these stories were interesting, because back in June of 2019, Trump said he didn’t think UFOs were real.

Neither the White House nor any Israeli officials have commented on these claims yet. On the one hand, these are all things we’ve heard before – aliens have made an agreement with our government, perhaps exchanging technology for permission to abduct humans, or that aliens exist and want to make themselves known to us, but they are waiting until we are emotionally and psychologically ready. On the other hand, this isn’t some random UFO contactee making these claims, it’s an ex-general of the Israeli’s defense ministry. So what he says should carry a bit more weight.

Maybe he’s trying to get a book deal. Or maybe, just maybe, this is all part of the grand plan of the governments of the world to slowly get us used to the idea that we are, in fact, not alone.