As we get deeper into the holiday season, many of us are moving out of the spooky state of mind of Halloween and into the more merry times. Thanksgiving, Hanukkah, Kwanzaa, Christmas, and New Year’s make the late fall and early winter a happy time for most. But did you know that prior to the mid-20th Century, Thanksgiving looked a lot more like what we now think of as Halloween? It’s true. So pour yourself a glass of apple cider, and learn about Ragamuffin Day – a mostly-forgotten holiday from days past, when kids went door to door asking for candy…on Thanksgiving.

A Thanksgiving Trick or Treat?

Our modern Thanksgiving holiday was made a national holiday in 1863, by President Abraham Lincoln. Writer and activist Sarah Josepha Hale had been writing to politicians for almost 40 years, advocating for an official declaration of the holiday. Lincoln finally made it official, proclaiming the last Thursday of every November to be Thanksgiving Day. In 1939, President Franklin D. Roosevelt changed this to the next to last Thursday of the month, and in 1941, changed it to the fourth Thursday of November. And it remains that way to this day.

A few years after Lincoln’s Thanksgiving proclamation, another holiday took shape. And it also fell on Thanksgiving Day. Established in 1870, Ragamuffin Day saw children dressing up and going door to door, asking for handouts. Typically, the children would dress up to resemble the homeless people and beggars of New York City. They would wear rags and oversized or ill-fitting clothing. Once dressed, the children would knock on doors throughout their neighborhood, begging for candy, money, or other treats.

Media outlets such as the New York Times frowned on the tradition, publishing articles trying to discourage the begging. They said that the children would “annoy adults” with their Ragamuffin ways. Local businesses began throwing Thanksgiving Day parades to compete with the Ragamuffin parades, in an attempt to sway attention. And, I surmise, to prevent themselves from being annoyed by the ragamuffins.

As time went on, the Ragamuffin costumes and activities evolved. Children started dressing up as sailors or even popular children’s characters of the day. By the 1930s, the begging tradition was faltering, replaced by the increasing popularity of the Ragamuffin parades. Halloween grew more and more popular, and many of these traditions of dressing up and asking for candy steadily transitioned into a Halloween tradition. Nowadays, Thanksgiving and Halloween are two very different holidays. Kids still dress up and go out asking for candy on Halloween. But the day has taken on much more spooky and scary overtones. Thanksgiving, on the other hand, has become more about giving thanks and appreciating family, friends, and neighbors.

I remember my grandfather telling me these tales from his childhood when I was younger. Of how every Thanksgiving, he and his friends would dress as beggars or bandits and go door to door asking for money, food, or candy. He told me of how that’s where our local Ragamuffin parade originated. It was a parade I was aware of, and often attended, but had no idea about its origins. Ragamuffin parades are still held to this day, mainly in the New York City area, and some areas of New Jersey. Perhaps one of the most famous Ragamuffin parades is held in my hometown of Bay Ridge, Brooklyn. In fact, an intersection very close to where I grew up is dedicated to the Ragamuffins. The corner of 74th Street and Third Avenue was co-named “Ragamuffin Way” in 2016.

So as you sit down for your turkey, stuffing, mashed potatoes, and cranberry sauce this Thanksgiving, remember to give thanks. After all, your doorbell could be ringing incessantly, children at your door all dressed up in filthy costumes, and asking you for candy. 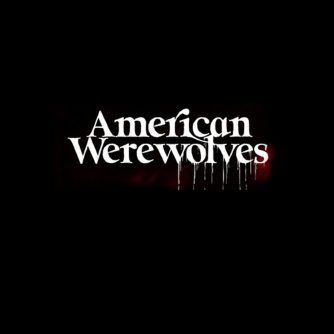 On the Trail of Bigfoot: The Discovery – Review