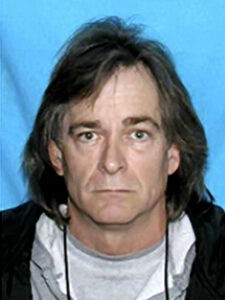 Perhaps unsurprisingly, 2020 is ending with a bit of high strangeness. I mean, who ever thought that the left and right would unite in their hatred of Mitch McConnell? And who would have thought Donald Trump would be a voice of reason? Nobody. Yet, here we are. Then, the Christmas morning bombing in Nashville just played on everyone’s frayed nerves a little bit more. Now some interesting details are emerging about the Nashville bombing suspect, Anthony Quinn Warner.

While investigators are still trying to figure out the motivation behind why Warner blew up his RV in the early hours of Christmas morning, some intriguing tidbits have come to light about his possible mental state. Authorities in Nashville, Tennessee, who are investigating the case have claimed to have found evidence that Warner subscribed to a number of bizarre conspiracy theories. Among them? Theories that lizard people are assuming human form and trying to take over the world. He apparently would also hunt for aliens in the local park.

Simply put, the “lizard people” trope is a conspiracy theory popularized by David Icke, who claims that shape-shifting reptilian aliens are assuming human form and trying to control the world by gaining political power. This particular conspiracy theory posits that many of Earth’s most powerful leaders are not human, but rather reptilian aliens in human form, hoping to manipulate mankind. Many early alien abduction accounts including witnesses reportedly encountering tall, lizard-like aliens. Some believe this may be partly where the theory comes from.

Now, one would assume that aliens from other planets and possessing the technology to travel here, and who can also transform into human shape, would have better means of taking over the Earth than by getting into politics. But I think that’s a debate for another day…

Aside from hunting aliens and worrying about reptilian politicians, investigators also stated they were investigating whether or not Warner may have had some paranoia regarding 5G technology, especially considering that his RV was parked outside of an AT&T transmission building when it exploded.

While Warner was killed in the explosion, he was transmitting a warning from the RV to get away, before it exploded. It seems that whatever his motivation may have been, he didn’t intend to hurt any innocent people. Conspiracy theories about extraterrestrials and lizard people abound. But they don’t normally cause people to blow up buildings, so it will be interesting to see what other details come out in the coming weeks about Warner.