As someone who is into all things paranormal and supernatural, I’m naturally drawn to horror movies, with my favorite genre being found footage. To me, there’s something about the “in the moment” feel that makes them truly terrifying. Slasher flicks, with gore and jump scares, don’t really do it for me. Admittedly, most found footage films are rife with formulaic story beats, bad acting, terrible special effects, and predictable and/or unsatisfying conclusions. All that being said, I still love a cheesy found footage movie, and my Halloween is full of them. The gold standard is (and always will be) “The Blair Witch Project,” but here’s some others that I enjoyed, flaws an all. Check them out if you need some new Halloween viewing!

UFO Abduction (aka The McPherson Tape) 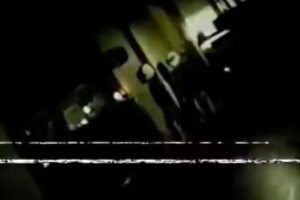 Here’s a found footage movie that completely flew under my radar. Released 10 years before the world would be introduced to the found footage genre via “The Blair Witch Project,” this low-budget story of a Connecticut family dealing with aliens is really quite good. The film is basically the home movies of the Van Heese family, specifically the birthday party for 5-year old Michelle. The year is 1989, and videotaping home movies is a big thing, so of course Michael, one of the Van Heese brothers, decides to document the party on his camcorder. The celebration is uneventful until the house loses power, prompting the three Van Heese brothers to go outside and fix the circuit breakers. As they do so, they notice a light fly overhead, and of course they run to investigate. The brothers stumble upon an alien spacecraft that has landed, as well as its occupants, milling around outside. The aliens spot the brothers, and they high-tail it back home, horrified. The rest of the movie has the brothers retreating back to their house, trying to convince the others of what they saw, and then the entire family defending themselves from the aliens. You could probably guess all of the standard found footage movie tropes that ensue, but it’s still a very effective and frightening flick.

In 1998, original director/creator Dean Alioto remade the film on a much bigger budget and using professional actors, titled “Alien Abduction: Incident in Lake County.” I have yet to see this remake, but for me, watching the original (which was shot on actual VHS) just adds to the creepy feel of the film, and the performances by the more amateur actors feel very fresh, natural, and sincere. The found footage clichés hadn’t been beaten into the ground yet, so this one feels fresh and original for what it is. Also, I’m not entirely sure why the alternate title to the is “The McPherson Tape.” There are no McPhersons in this movie, and the name is never mentioned. So….

“UFO Abduction (The McPherson Tape)” can be purchased on BluRay at Amazon.com, and will occasionally show up on YouTube. 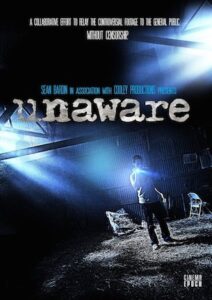 Continuing with the UFO and aliens theme, we have another creepy little found footage film in “Unaware.” Joe and Lisa are a couple on vacation, traveling to Joe’s grandparents house in Texas for a surprise visit. Of course, they are documenting the trip on their camcorder, hoping to capture the reaction of Joe’s grandparents on camera. Joe’s worried about how his grandfather will react to the surprise, as he’s apparently a cranky old World War 2 veteran. When the couple arrives, they find a note on the door, indicating that Joe’s grandparents are away for a few days. Joe and Lisa decide to stay at the house to await their return. During their visit, Joe proposes to Lisa, and they explore the land around the house. Joe then tells Lisa the story about his grandfather’s barn, and how his grandfather always kept it locked up, and never allowed Joe to go inside, or to even know what was inside.

Of course, Joe realizes that, with his grandparents gone for a few days, this is the perfect opportunity to break into the barn and finally see what’s in there. Joe and Lisa break the lock, gain entry, and of course find old crates of military equipment, ostensibly from Roswell, New Mexico, along with newspaper clippings of the alleged UFO crash there in 1947, and what looks like a radio beacon – which is powered on and functioning. The couple put the pieces together, and before you know it, extraterrestrials are crawling all over the property.

Overall a good flick with some genuinely creepy moments, but it also has some really glaring plot holes. For instance, the couple decides to do all their subsequent investigations of the barn at night. Why? They are on vacation, in a home that is not theirs, with seemingly no plans for anything else. So why wait till dark to explore the barn? Some simple story elements could have explained the why.

One last tidbit: to this day, the filmmakers refuse to acknowledge that this is fiction, and nobody knows the names of the actors in the movie. The film is obviously fake, but it’s kinda cool that they are committing to the fabrication to keep that element of “is it real?”

“Unaware” is available on Amazon Prime 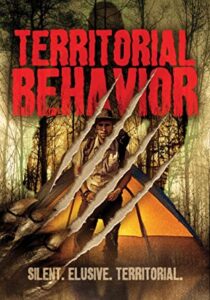 I’m switching gears here now, from UFOs and aliens, to the hairy big guy of the woods, Bigfoot. “Territorial Behavior” follows survival specialist Bailey Rhodes, as he travels deep into the wilderness of Montana to create some survival training videos. Think  Les Stroud and “Survivorman” here, and you’ll get the gist. Bailey is planning to spend an extended time in the woods, surviving on just the few supplies he’s carried with him, and documenting the entire experience on his cameras. Of course, he’s not the only one out in the woods. Bailey encounters some very unfriendly poachers, which gets him nervous, but then he realizes there’s something even more dangerous and frightening out here with him – and perhaps that is what the poachers are truly hunting.

Bailey becomes more and more frightened as he hears things in the night and weird things happen to his camp, and before long, he’s lost and disoriented, calling his girlfriend Amber and the local sheriff on his cell phone for help, but his panic grows and grows. The ending is standard found footage fare.

This one is a mixed bag, honestly. The scenes with Bailey are fairly effective and authentic, and the self-shot survivalist theme is always a great excuse for a found footage film – you don’t have to suspend your disbelief too much to wonder why the protagonist keeps filming. However, the scenes where Bailey calls his girlfriend and the sheriff are abysmal, with terrible acting and unnatural conversations (my 12-year old son even noticed “nobody actually talks like that!”) and really add nothing to the film. But overall it’s a decent Bigfoot/creature in the woods horror movie.

Finishing up here with a very strong found footage movie series, and switching the scary over to ghosts, “The Blackwell Ghost” films were covered in last year’s watchlist, but since then, two more films have come out, and they need to be on everyone’s list for Halloween this year. The third film in the series found documentary filmmaker Turner Clay investigating an alleged haunted house of a serial killer in the swamps of Florida, and in Part 4, he returns to continue his investigation. This time, Clay has some new, homemade ghost hunting devices at his disposal. During his investigation, Clay is haunted by loud bangings coming from the back of the house, as well as middle-of-the-night phone calls from otherworldly presences. By the end of the movie, he’s made a shocking discovery about the serial killer who once lived in the home, and his many victims, and the police are called in to investigate. Clay also captures his best paranormal evidence to date, and even my usually unflappable son was severely spooked by it.

Part 5 of the series was just released last week, and picks up immediately after Part 4 ended. The police have confiscated Clay’s evidence, but eventually turn to him for help, as they get stumped during their investigation. Clay returns to the Florida house and again is besieged by loud bangings and late-night hone calls. The bangings lead Clay to even more surprises.

These two films should be watched together, especially with Part 3. The first two are great, same universe, but different chapters, if you will. I tend to think of Part 5 as not a new movie of its own, but more of a Part 4.5 – it’s not really warranted as a full movie. It’s only a little over an hour long, and not much of note happens. Most of this could have been edited down and tacked on to Part 4, and the scares here just aren’t as strong. But the series as a whole, in my opinion, is one of the best found footage series out there. 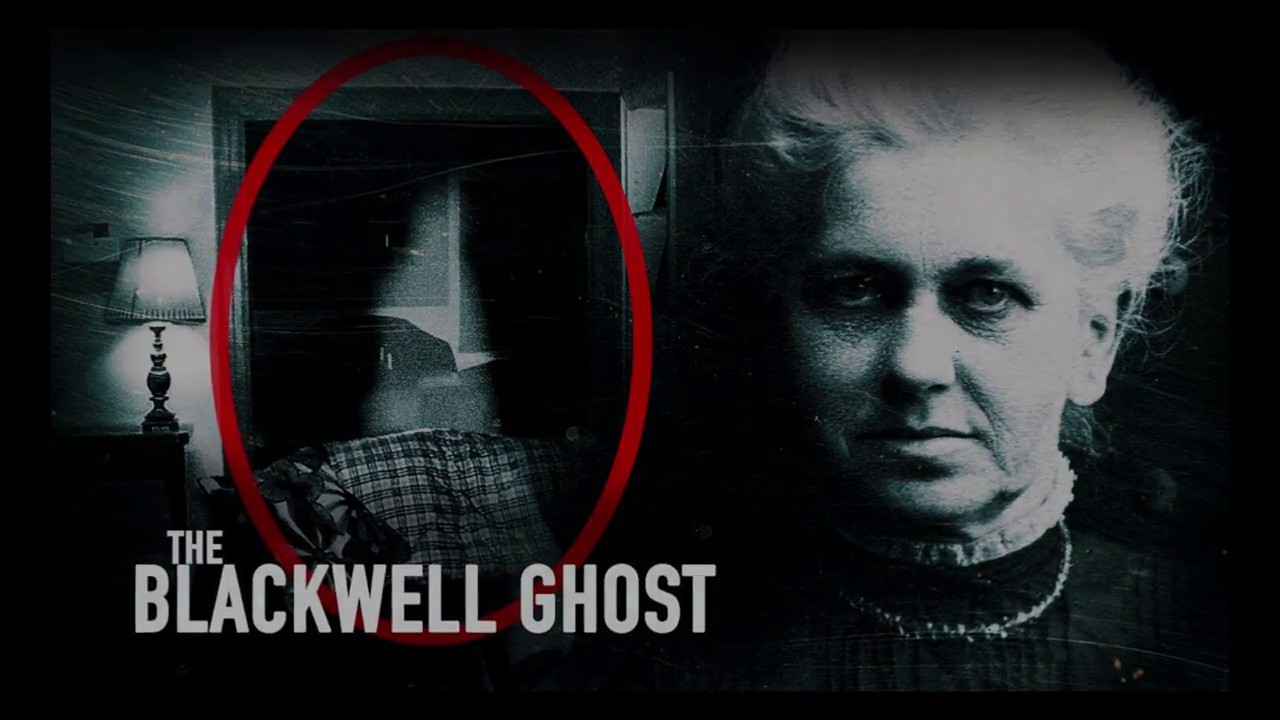