Earlier this week, the Pentagon officially declassified three videos taken by U.S. Navy pilots, which appear to show unidentified aircraft, with some even suggesting that they are bonafide UFOs. President Trump somehow managed to find time to review the videos, and of course he had an opinion on them, which he shared with Reuters. He seems to be genuinely impressed, yet still somewhat skeptical. The President has gone on record in the past staying that he doesn’t “particularly” believe in UFOs. So his comments here are interesting, to say the least. 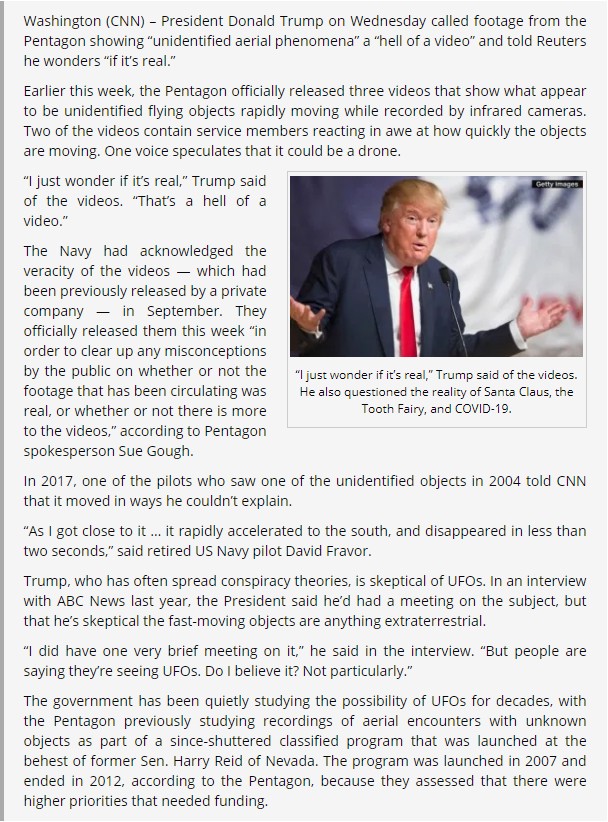 President Trump questioning the veracity of the videos – which are now confirmed to be genuine by the Pentagon – just adds fuel to the fire regarding speculation as to what the government really does know about the UFO phenomenon, and how much they are willing to share with the American public. Are these videos real? Disinformation? Who knows. But things are getting interesting. What do you think about the videos? Are they UFOs? Secret military craft? A hoax?