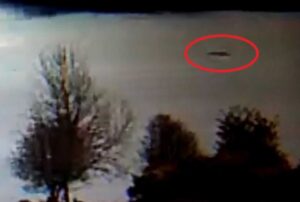 Once again, it seems we have a case of a monster-hunter claiming to have the “best evidence yet” of the legendary Loch Ness Monster.  Nessie hunter Eoin O’Faodhagain – who claims to also have spotted the creature twice in January of 2020 – claims to have footage of a 30-foot beast swimming in the Loch. So just how good is his footage?

O’Faodhagain claims to have made the video in April of 2020. Apparently, he reported it to the Official Loch Ness Monster Sightings Register. And they subsequently “confirmed” his sighting. Whatever that means. Anyway, the video itself is at least intriguing. The sighting lasts for over 2 minutes. It’s grainy, but there is something floating in the Loch. At the end of the video, the object disappears. So what did O’Faodhagain film?

Perhaps unsurprisingly, the video raises more questions than it answers. For one, the quality of the video is exceedingly poor. It is blurry, grainy, and shot from a great distance. So while a black object can be seen in the water, it has no definable details. No neck. No humps. Just a blurry blob. Second, the “creature” is long, but sort of rectangular-shaped. It appears to move, but almost looks like a log, just floating. And it doesn’t really move like a living animal. It doesn’t seem to be moving under its own will.

Additionally, O’Faodhagain claims the beast was approximately 30 feet long. Which again, is hard to really verify due to the distance at which the video was shot. Whatever the object is, it looks big, but without a sense of scale, “big” could mean 6 feet or 60 feet long. And like most blurry monster videos, it’s just impossible to know for sure.

Of course, the entire thing could be a hoax. The video is so grainy that adding a pixelated “blob” to existing footage would be quite easy to do, even for a Nessie hunter with very little video editing experience. The viewer would see something in the water, but due to everything in frame being blurry, nobody would question the veracity. The Official Loch Ness Monster Sightings Register didn’t seem to do so…

Ultimately, we are left once again with an ambiguous video of an amorphous blob that could just as equally likely to be a boat, a log, the Loch Ness Monster, or maybe Bigfoot going for a swim. What do you think of this new video evidence? 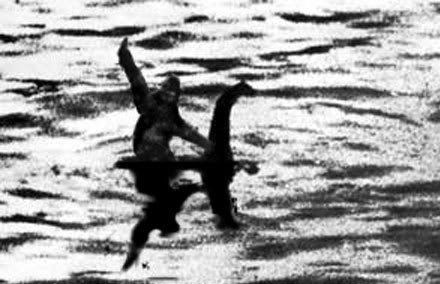