Like so many of us, I currently find myself at home, in isolation. The world is a truly scary place right now. Blogging, especially about the paranormal, seems silly, a guilty pleasure that should not be indulged during this time of uncertainty. I was unsure if I’d even continue this blog for the time being. But I also feel it’s important that we try to keep as much normalcy in our lives as possible. We may have to remain socially distant, but technology can bring us together, and help us feel connected. I know many of us are binge watching movies and television shows right now, and it seemed like the perfect opportunity for me to catch up on some documentaries that have been in my queue, but that I have not yet gotten to due to time constraints. So if you are reading this, I hope it brings a little normalcy back to your life, provides a temporary escape from the harsh realities we are all facing, and makes you feel a little less alone in the world. We will all get through this, together.

And now, on to the review! 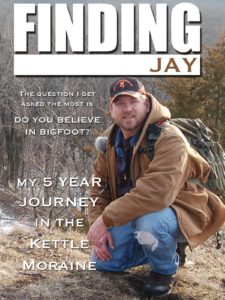 Finding Jay is not so much a documentary on the Bigfoot phenomenon as it is a documentary about a Bigfoot hunter. The subject of this film is the titular Jay Bachochin, father of three from Wisconsin, and his adventures looking for Bigfoot in the Kettle Moraine region of Wisconsin. This film documents a more personal journey, one that many of us have probably been on (myself included), and eschews the typical “history of Bigfoot” trope that many documentaries employ.

The film starts on an intimate note – Jay Bachochin, introducing himself to the audience, and introducing us to his family. He talks about his grandfather, who was a member of MUFON, and how he influenced Jay to investigate the unknown. He documents his time as a researcher for WPI (Wisconsin Paranormal Investigators), and how an experience hearing an unidentified howl in the woods while his team was out ghost hunting redirected his focus onto Bigfoot and other cryptids. This part really resonated with me, as someone who grew up on paranormal TV shows and documentaries because of my father, and then became a paranormal researcher who mainly focused on ghost hunting, but then shifted focus and interest due to my own possible Bigfoot encounter.

Bachochin then takes us on a variety of field investigations, the first of which being a trip with his wife to the place where he first heard the aforementioned unusual howl. They find some strange footprints, and a freshly-broken tree. Now, I’m a little on the fence about tree breaks and their alleged connection to Bigfoot. On their own, I don’t necessarily think they necessarily mean “Bigfoot was here.” The tree that is shown here, though, is freshly broken, and while there is snow on the ground, there’s not a lot. A healthy tree, without much snow load, should not have broken like that. Interesting, but not proof, at least not in my book. But still quite intriguing. They hear some interesting wood knocks as well, and this really caught my attention. My wife and I heard similar knocks back in February, on a trip we took into the Adirondacks. I mentioned to my wife the same thing that Jay mentions, possible tree pops from the cold, but what we were hearing came from two different points in the woods – one in front of us, one behind us – and seemed to be a call and response. I’ll be talking about this in more detail in a future blog post. But Jay mentions hearing these same “pops” but in spring and summer, and provides evidence of this later in the film.

Next up, Jay goes out into the Kettle Moraine with author Linda Godfrey, the reporter who was on-scene and broke the story of the Beast of Bray Road in the early ’90s. Jay and Linda discuss some of their experiences, both in the woods of the moraine, as well as on Linda’s property. Later in the film, Jay heads out with paranormal investigator Mary Marshall, and Bigfoot researcher Eric Altman, but aside from these researchers, all of Jay’s adventures happen with friends and family members. It’s another welcome deviation from most documentaries, and it’s nice to see everyday people, skeptic and believer, going out and experiencing Bigfoot hunting.

Bachochin and his brother-in-law head out to experiment with tree knocks; Jay and his friend Sanjay have some intriguing experiences with rocks being thrown at them; and Jay even takes his son and daughter out with him on a few different excursions. There is one piece of footage shown, where Jay is rolling the camera as he walks, and there is a black object in the woods, that seemingly follows or paces them as they walk. The footage is intriguing, and Bachochin to his credit admits that it could be a video artifact. But it appears to go behind a tree and emerge from the other side. So whatever it was, it seems like it was actually there, in the trees, pacing them. Not surprisingly, the object is way too fuzzy and blurry to really make out what it was. It easily could have been a bear, as it didn’t even appear human-looking. Just an amorphous black form moving along with the camera. But that’s Bigfooting for you.

Bachochin can sometimes seem a little too eager, easily excitable, and could be accused of seeing Bigfoot everywhere. But as I said earlier, I have to give him credit – he does seem to at least try to debunk some of his experiences, and he even has some skeptics chime in on the rock throwing incidents with some very good points, which isn’t something most people would include in a documentary regarding their own personal experiences. So kudos to Jay for presenting an alternative point of view.

Overall, Finding Jay is surprisingly well-done. I’ve seen some others that have suffered from poor editing, bad sound, etc. So this was a very strong effort. The music is really great here, somber yet yet subtle, but always fitting the mood of the film. The camerawork is great for establishing shots, but there’s a lot of handheld footage here, so if that makes you queasy, there may be some rough spots for you. But personally, I love the “in the moment” feel that these segments provide. There’s a neat recreation of glowing red eyes that Jay and his friends saw on one outing, and it’s synced to audio he recorded at the time (as they weren’t filming). So it’s great to have that visual. 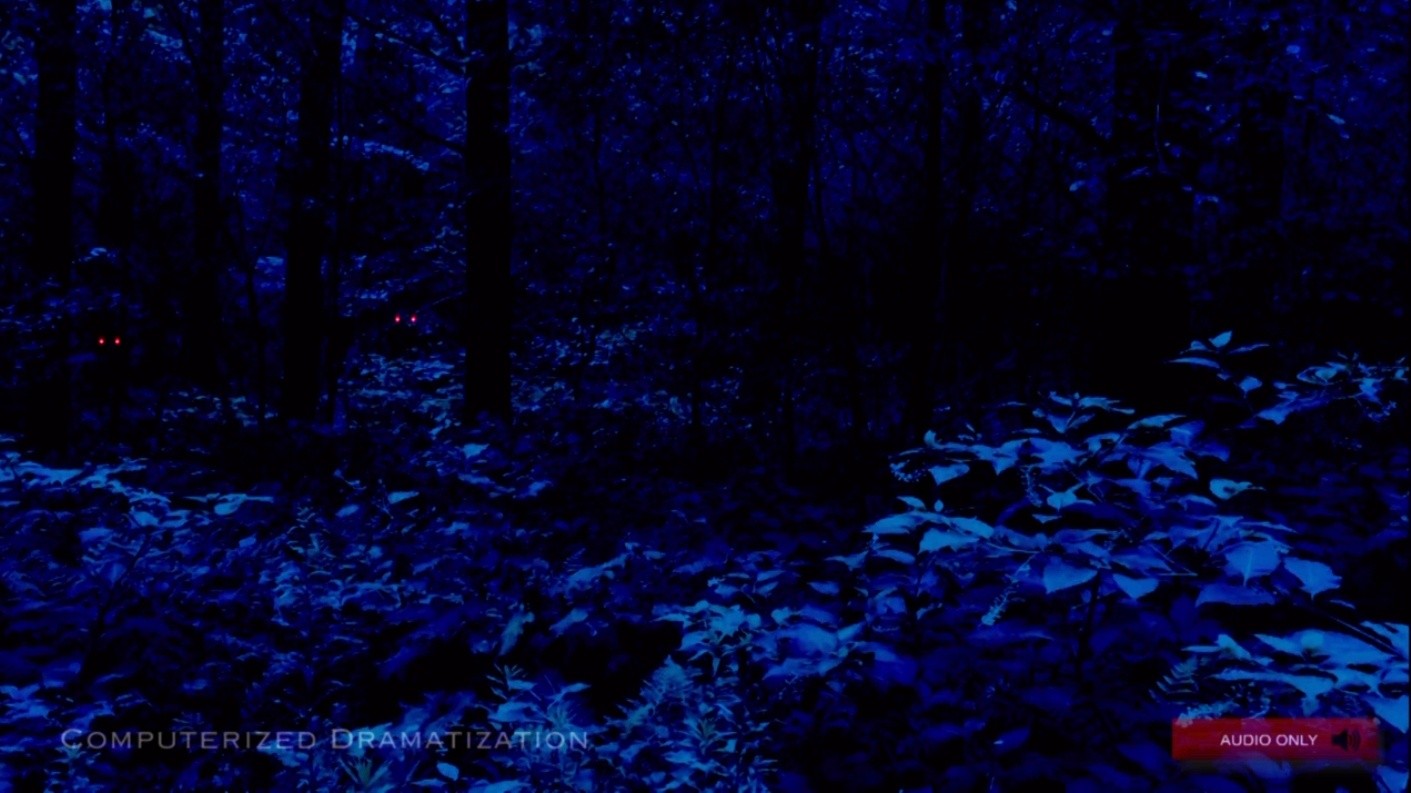 The film is a little long at just over two hours, and I feel like there are sections of b-roll and establishing shots, with no narration, that could have been whittled down for time. There’s also a section where some well-known clips of alleged Bigfoot footage are shown (like the Freeman film) without any context – no narration explaining them, no captions identifying them – so I think people newer to the Bigfoot field might be a little lost here.

I said earlier that Jay Bachochin can seem a little too eager or excitable, and I didn’t mean that in a bad way. Quite the contrary. This film really lets you get to know him as a person and not just an investigator, and he’s a breath of fresh air in a field that can sometimes feel drowned out by know-it-all internet wannabes who’ve never gotten out from behind their keyboards. Bachochin is charismatic, family-oriented, and just seems to be an all-around nice guy with a true passion for investigating Bigfoot. He is the charm of this documentary, and his cheery personality, his genuine excitement, his sincere desire to find the truth all entice the viewer to want to go along with him, and it’s hard not to root for the guy. Here, Bigfoot is just a secondary character. Finding Jay really is about Jay finding himself, and it’s a hell of a fun ride.

Available now on Amazon or purchase it on BluRay