House That Inspired “The Conjuring” May Soon Welcome Investigators 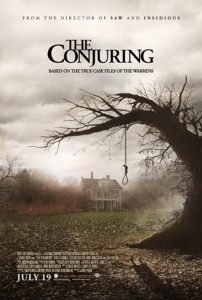 On June 21, 2019, Cory and Jennifer Heinzen closed on a three bedroom Cape Cod located in Harrisville, Rhode Island. According to Zillow, the 19th century home built in 1836 with three bedrooms, 2 baths and a roomy 3,109 square feet sold for $439,000. In addition to a fireplace, forced air heating and a partially finished basement, it also allegedly comes with paranormal activity.

But this isn’t just the rumored neighborhood haunted house. It’s the house where the Perron family once lived. They noted strange occurrences when they first moved into the house in 1971. Missing items. Random noises. But then it turned darker. Physical attacks. Mystery illnesses. That’s when they called upon Ed and Lorraine Warren to investigate.

This case would become the inspiration for a popular horror movie decades later: 2013’s The Conjuring.

Ever since the movie, the house has become a tourist destination –unofficially. Maybe even before it was, but even more so after the movie’s release. In fact, the home’s previous owner, Norma Sutcliff, sued Warner Bros. due to all the trespassing from overzealous fans. (But it went beyond trespassing. She also endured threatening phone calls with people saying they were going to burn down the house because it was so full of evil.)

Side note: The real house looks very little like the one in the movie, which was filmed in North Carolina. Wonder how many movie fans were disappointed to find a brown house instead of a white one?

Now a new couple owns the one where events really took place. Fittingly enough, the Heinzens are paranormal investigators themselves. They plan not only to restore the home and preserve its history,  but also to capitalize on its fame and open it to visitors and investigators later this year.

Stay tuned for updates on this one, especially if you have any interest in visiting The Conjuring house.

House That Inspired “The Conjuring” May Soon Welcome Investigators
Episode 142