Home » 500th Post: The Posts That Defined Us
Guide

So this is officially our 500th post here at The Occult Section, and I thought I’d take a look back at some of the posts that have defined us over the past two years. Some of these posts have been extremely popular, getting us a huge number of hits and increasing our readership substantially. Others have been extremely controversial and sparked some pretty heated debates. Some posts have been read by some famous people in the paranormal community, which has surprised even us. And others are just typical silly stories we like to blog about because they make us chuckle. But they all, in some way or another, define what The Occult Section has evolved into, from its beginnings as a blog featuring paranormal book reviews to something a little more all-encompassing.

This review of W. Haden Blackman’s awesome book about all of the monsters of North America, including Bigfoot, Mothman, the Dover Demon, and lesser known monsters such as Goatman, the Deer woman, the Grinning Man, and the Nagumwasuck, was the first blog post we published, and I actually stole this from another site I used to run, called TheUnexplained.net. It was a precursor to The Occult Section, and was basically a blog before blogging became popular. That site covered news, movie reviews, TV shows, old documentaries, and book reviews. The book review section on that site was called, you guessed it, The Occult Section.

The popularity of this post really surprised us, as the documentary “Cropsey” really has nothing to do with the paranormal. We blogged about it because it covered events that happened on Staten Island, where I lived at the time it was released, and the fact that it prominently featured Seaview and Willowbrook, places that are reputed to be haunted (and which we are very familiar with). The movie deals with suspected child killer Andre Rand and the children he is alleged to have murdered. The film was well-received, and our review of it, one of the first out there, is still one of our most popular posts ever.

Far and away our most popular post of all time, with (as of this writing) well over 40,000 hits. And this post also has the most comments and interaction. Love it or hate it, the SyFy Channel’s Ghost Hunters is a powerful force in the paranormal community, and it’s apparent from this post that people love Grant. Jason Hawes, not so much. We don’t watch Ghost Hunters anymore, don’t like the show anymore, and have been very critical of it over the years. But even we admit that Grant seemed to be the most sincere and genuine person on that show.

This post about the many similarities between Grant Wilson and Shaggy from Scooby-Doo had initially slipped under most people’s radar. Until Grant Wilson himself stumbled upon it and Tweeted it to all of his followers. Of course tons of people then read it and again, the feedback was overwhelming, with people thinking it was hilarious, and a few angry at themselves for not noticing the resemblance sooner. Grant himself even seemed to think it was funny. It’s always good when we can poke fun at someone for not being a douche, or someone who can also laugh at themselves.

This was quite possibly our most controversial post ever. And we’ve done some pretty controversial posts in our time. Intended to be a brutally honest yet somewhat tongue-in-cheek criticism of what’s happening in the paranormal community, this post caused a handful of people who read it to totally flip out, taking it way too personally and far too seriously, and they quickly took to the internet to whine and moan. Truth be told, most people who read this post had great feedback for us, admitting that they were guilty of some of the things we were criticizing (we even plead guilty to a few of them ourselves) and just laughed it off. But as is usually the case, the craziest people trend to be the loudest, and we caught wind of a bunch of these brave souls criticizing us behind our backs. Because we don’t think people should churn out terrible books, or do everything in their power to get on TV, or claim that dust orbs are ghosts. And again, we just laughed it off. We know, the truth often hurts.

After reviewing Monsters of New Jersey, I decided to e-mail author Loren Coleman to see if he would agree to be interviewed by me for The Occult Section. I did this fully expecting to never hear back from him. I mean, he is a well-known author, TV interviewee, and curator of the International Cryptozoology Museum, as well as a blogger in his own right with Cryptomundo. So imagine my surprise when he not only wrote me back almost right away, but also agreed to be interviewed by me. Loren was cordial, down-to-earth and an all-around great guy. Always a nice thing to encounter when you finally get to speak to someone you respect and were inspired by.

This story, about a group of teenage ghost hunters fleeing from police until they accidentally fell off of a cliff, was getting an inordinately large number of hits, and we weren’t sure why. To this day, it’s still one of our most popular posts. Then we looked a bit more closely at out stats, and realized that the search term “man jumping off a cliff” in Google images was getting us most of the traffic. Why people want photos of this is beyond us. We understand why we wanted them, but then we’re a bit odd.

While no single blog post can show off all of the funny pictures we’ve created in PhotoShop to accompany our posts, I feel like I had to mention them, as they have become a trademark of our site. Sometimes we don’t have the time to do full PhotoShopped photos, so we just use funny captions, which has also become one of our signatures (and we’ve noticed it being copied more and more on paranormal blogs). But the PhotoShopped pics are what we are most proud of, so we’ll end with some of our favorites from the past few years. Enjoy, and thank you for being loyal readers! 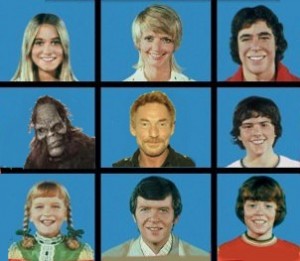 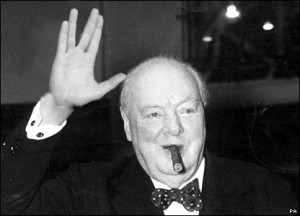 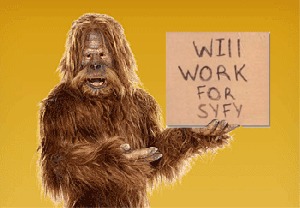 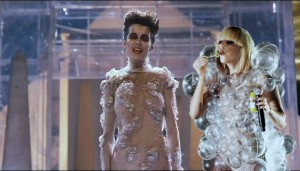 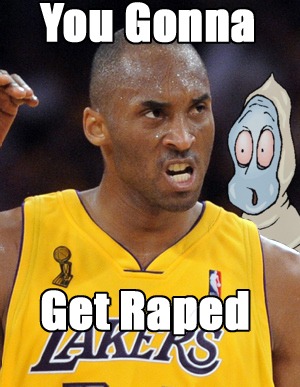 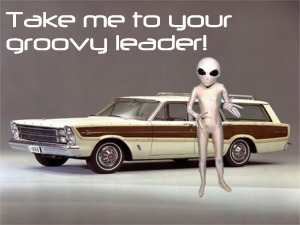 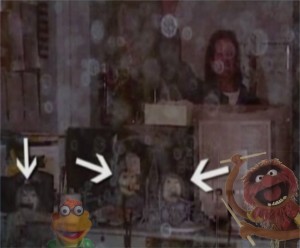 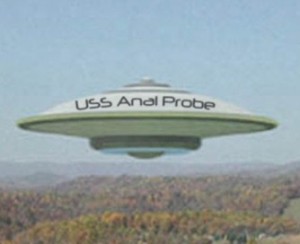 What Do Halloween and the Super Bowl Have in Common? (Hint: Travel Channel)