Strange Falls From the Sky 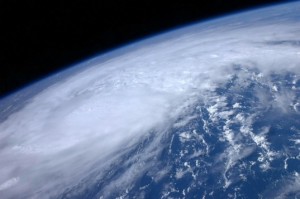 With the looming arrival of Hurricane Irene here in New York City, I thought it would be fun to look at some paranormal storms: strange things that have fallen from the skies. Charles Fort documented a lot of these, and strange falls from the sky have been recorded for centuries. Sometimes the events are explainable, and sometimes the skeptics come up with explanations that are even more ludicrous than the falls themselves. So what sort of things have fallen from the sky? Read on…

I hope everyone on the East Coast stays safe this weekend, and while hurricanes this far up north are by no means as dangerous as they are down south, we are pretty ill-equipped to deal with even the weak ones we get up here. I’ll be hunkering down with some beer, snacks and Instant Netflix, and hoping the power doesn’t go out.
Tagged as:birdsbloodcharles fortfishfresh meatfrogjellymediaNewsparanormalstrange falls from the skysupernaturalthoughtsworms

What Do Halloween and the Super Bowl Have in Common? (Hint: Travel Channel)

Strange Falls From the Sky
Episode 10