The Mothman Prophecies by John Keel 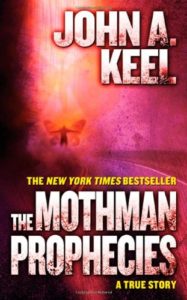 I’ve known about Mothman for years. I’ve been reading books on the unexplained ever since I could read, and just about every compendium about monsters or mysterious beings has an entry on Mothman in it. But until recently, I had never read what most would say is the ultimate account of the Mothman legend: The Mothman Prophecies, by John Keel.

John Keel was a journalist who was investigating the Point Pleasant area while all of these mysterious events were happening. The basic story can be summed up thusly: a tall, gray man-beast that could fly, dubbed “Mothman,” was terrorizing local residents. It had red, glowing eyes, and basically hung out around an old munitions dump in the area called the TNT area. On the surface, it’s a typical “lover’s lane monster.” But there’s more to the story than that. Much more.

And that’s really the biggest weakness of this book. Keel really tried to delve into detail, but the narrative doesn’t really follow one direct path. It jumps around to different people, different witnesses, and in fact, different times. Some parts later in the book actually happened before things in the beginning of the book. It was a bit confusing, and also a bit annoying.

There is an array of weird characters and happenings in the book, and very few can actually be considered “Mothman.” There were weird phone calls with odd sounds and strange voices. There were the “oriental” or “negroid” looking visitors (these 2 terms, quoted directly from the book, really betray the age of the book). And then there was Indrid Cold and friends, a very unusual group. All of these phenomena would be very interesting, but the jumpiness of the narrative doesn’t really let you get to know any of them too well. Once Keel starts getting on a roll talking about one incident or being, the focus is changed 180 degrees, onto a completely new subject, or one from so early on in the book you have already forgotten most of the details.

The book ends very much the same way the movie based on it does, with the tragedy at the Silver Bridge. It’s because of this event that Mothman is seen as some sort of portent to disaster. To see Mothman is to know that something bad is going to happen.

It’s hard for me to recall much about the book, as I sit here writing this review. A lot of it confused me, and a lot of what I do remember seems fuzzy at best. Perhaps Indrid Cold is somehow interfering with my own thought processes? Seriously though, I wanted to like this book, and there is a lot to like in here. But I wish there was some more structure and organization regarding the timeline and narrative. A great story needs to be told well, and The Mothman Prophecies just didn’t do it for me.

The Good: Some genuinely creepy goings-on make some of the accounts in this book well worth reading, and makes you wonder what really is going on, whether it’s alien beings, the government, or something we don’t even have a name for yet. Fact or fiction, it’ll make you wonder and send some chills down your spine.

The Bad: The book is old, so a lot of the narrative is hard to relate to today. It was originally published in 1975, and most of these events happened years before that. There’s also a lack of pictures (which is a major pet peeve of mine when it comes to books on the unexplained and paranormal), and it would have been nice to at least see some of the creepy locales where a lot of the events took place, like the TNT area, or the Silver Bridge. Especially since my edition of the book was a re-release after the Richard Gere movie version came out.

The Ugly: As I mentioned earlier, this book really meanders. It’s hard to keep up with all the names and places and times when Keel bounces all over the place. I found it very difficult to read because of this. The narrative should flow, not change gears at every other page.

The Bottom Line: Let’s face it, the book is a classic, even if it hasn’t held up well through the years. If you already know a lot about the Mothman legend, it’s a worthwhile read. But for the uninitiated, it could confuse more than tantalize. 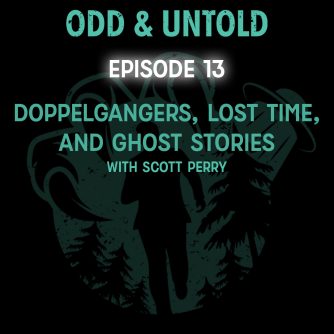