The Back 80: A Modern Day Bigfoot Encounter – Review

The Back 80: A Modern Day Bigfoot Encounter
Directed by Alan Megargle & Jesse Morgan 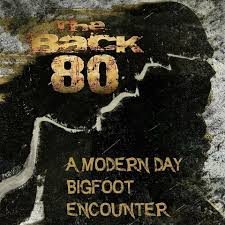 The Back 80: A Modern Day Bigfoot Encounter is a documentary that is precisely what its title implies – a focused examination on one woman’s fairly recent encounter with an alleged Bigfoot. There are of course some other corroborating stories included here, just for context and to sort of show a pattern in the area where the encounter took place, but overall, this film is solely based on a sighting (and some subsequent unusual experiences) by Suzanne Ferencak back in 2013.

Suzanne’s initial encounter took place on May 14th, 2013. As she was driving back to her home in Loudonville, Ohio, Suzanne spotted some horses along the road. As this was an unusual sight, she decided to pull over to snap some photos. She took a few pics, and then as she turned around, she saw a large black creature jump across the road. She described seeing it in mid-jump, already in the air, and landing on the other side of the road before it disappeared. At first she thought it was a big deer, but she states that it was bigger than most deer, and black in color, not brown like a deer should be. The more she thought about it, the more she thought it might in fact be something else. Back at home, she started researching Bigfoot sightings in Ohio, and after seeing other reports in her area, she became convinced that what she had seen was a sasquatch.

A few weeks later, Suzanne’s brother-in-law was visiting over Memorial Day weekend. Her husband went to bed early, but Suzanne and her brother-in-law stayed up late in her backyard, talking around a bonfire. Her brother-in-law, aware of her recent experience, made a Bigfoot howl, and they heard something howl back. Then again, later in 2014, Suzanne was on her porch, and heard a heavy breathing coming from very close to her. She slowly backed up and went back into her house, and admittedly didn’t come outside again for 2 days, because she was so frightened.

On the one hand, I was a little confused as to why this encounter warranted an entire documentary. While Suzanne seems quite sincere (she even made a report to the BFRO, which can be read here, and BFRO investigator Mark Maisel is featured here), the story itself is fairly unimpressive, from a purely entertainment point of view. Her sighting was little more than a fleeting glimpse, a dark figure jumping across the road. Her initial thought wasn’t that this was a hairy man-like figure, or even that it was something that she couldn’t explain. Her first impression was that it was just a large deer. Considering that there were horses milling about right near the road, could this have simply been a black horse leaping across the road, and she just didn’t get a great look at it? Also, if this was indeed a sasquatch, why didn’t the horses react to it? The encounter leaves us with many more questions than answers, and is far from a definitive sighting. I think her subsequent experiences could probably be chalked up to having Bigfoot on the brain. When someone is convinced that Bigfoot is in the area, or is actively searching for Bigfoot, it’s easy to assume every twig snap or unusual sound in the woods is a Bigfoot. Suzanne, to her credit, even admits that the howl they heard in response to her brother-in-law could have just been campers in the distance having some fun with them by howling back.

On the other hand, I actually liked the fact that Suzanne’s encounter was not a sensational one. Her encounter reads like so many others – a glimpse of something that at first we try to rationalize, but the more we think on it, we realize it couldn’t have been something “normal.” There are so many bizarre, sensational, and fantastical reports of Bigfoot out there, and most of them are so unbelievable that they make one wonder where reality ends and the embellishment begins. But Suzanne’s experience is probably quite typical, and more grounded in reality. Again, Ohio is known for it’s high-volume of Bigfoot sightings, and so while I do have questions about her experiences, I cannot fully discount her claims. As I said, she seems quite sincere and credible. I honestly believe she saw something in the woods that day that scared her. But was it Bigfoot? We may never know.

As I mentioned, the film has some interviews with a few other local witnesses who saw some strange things in and around the area, which lends credence to Suzanne’s story, or at least to the possibility that what she saw could have been a sasquatch. I enjoyed Suzanne allowing the filmmakers onto her property and into her life, to allow the audience to really be in her shoes and to understand her experiences through her eyes. The film wraps up her story with Suzanne and her husband doing a sort of Bigfoot investigation in the woods at night, with night vision cameras strapped to them. There are some wood knocks and whoops included here, but they almost seem edited in. The reactions of Suzanne and her husband don’t seem to match, and sometimes there doesn’t seem to be any reaction by them at all. There’s no context, no explanation, so I’m really left wondering if this was done for dramatic effect or if these are allegedly “real” sounds that were recorded during their investigation, or if this was just a function of bad editing. The whoops sound very similar to other whoops I’ve heard elsewhere, which left me a little suspicious.

There’s a little addendum to the film, wherein directors Alan Megargle and Jesse Morgan camp on Suzanne’s property and conduct a night investigation of their own. Nothing really happens here, and there’s some odd, thematically “off” music playing here that really shouldn’t have been. It was a cool way to end the film, but would have been nicer to have a more fleshed-out sequence, and not to have the music playing over it.

With a runtime of just over an hour, it’s not a bad little documentary. It easily could have been edited down to about 40 or 45 minutes, as some of the stories from other witnesses can drag on a bit, and there are some establishing shots that just go on for far too long. The cinematography is a bit hit or miss, with some truly amazing aerial drone shots, but then some nighttime interviews that seem to have been recorded on an older-model iPhone, with that typical low-light pixelization. The musical choices are very strange in places, not really thematically appropriate., and there are a few minor sound glitches that I noticed, but nothing terrible.

Overall, The Back 80 is a fun little film for anyone interested in the Bigfoot phenomenon, and especially for anyone who is interested in personal sighting accounts. Suzanne is a credible and likable witness, and the filmmakers do a great job of making the viewer familiar with the landscape where the encounter took place.

The Back 80: A Modern Day Bigfoot Encounter – Review
Episode 157