Bigfoot Caught on Video in Ohio

Sometimes when paranormal evidence is presented, the best way to tell if it is real or faked is to look at things besides what is claiming to have been captured.  In the past I’ve presented supposed UFO/Bigfoot footage where the cameraman has been completely calm and quiet during the encounter. There is a similar absence of any sort of exclamation of surprise in this alleged video of Bigfoot. I also question “evidence” like this when there is no information about the person behind the camera, or when the video was taken, or exactly where it was taken, or…well, you get the picture. Oh, and also, the Bigfoot looks ridiculously fake.

Is Bigfoot stalking the wooded areas of Ohio?

A video is making the Internet rounds that claims to show a large, dark, hairy creature running across a forest path.

So far, the only information that’s given is that the video was shot in April 2012 in the Grand River area of northeast Ohio.

The video, posted to YouTube byHowTo101Channel, appears to have been taken from the front of a motorized bike or scooter while it was moving along a path in a forest. Suddenly, the alleged creature runs across the road from left to right, appearing to hold a long stick in its right hand (see image below).

It hasn’t been revealed if the biker was male or female, but the video gives the impression that he or she was startled at the sight of the creature, causing the driver to crash into some bushes. The person then turned the bike around and went back in the direction he/she came from.

So far, comments on the YouTube page that features the video include:

“I think as it’s normally them doing loud noises to startle humans, this time it got frightened by the noise of the bike and ran right across the path in a panic! I’d turn around and go in the opposite direction too!”

“What I find amazing is the reaction of the person riding the bike. It’s a clear indication he/she was really startled because they basically crashed into the bushes. Why would you react like that it it’s a fake?”

Among the questions raised are: Who took the video? Why hasn’t that person written any kind of detailed encounter report? And why didn’t he or she make any startled sounds during the brief incident?

This wasn’t the only recent Bigfoot sighting in Ohio. According to 10TV News, there have been dozens of reports and footprints found in the Buckeye State.

I’m glad this article raises the same questions that I do whenever I see these videos. There are moments when the bike engine sound cuts out. So why can’t you hear any reaction from the biker? And honestly, the biker did not look startled, and he didn’t “crash” into the bushes. It sort of looks like that’s what he/she wanted the viewers to think, but it was done in a very safe way. Thanks to Jeff for submitting this story! 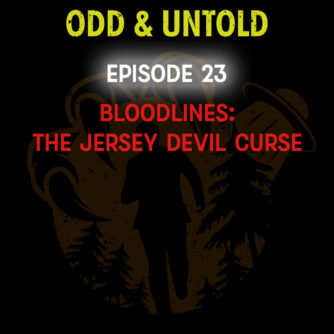 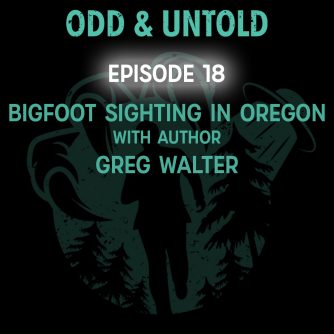